Okay. I got tagged for a meme and I am honored because I didn't think anyone actually read this blog. Thanks to Bemis over at Cinevistaramascope, easily one of the best and most thought out movie blogs I have ever read. I would hasten to add that, after Pauline Kael, Bemis is actually becoming my favorite reviewer.

Here is the meme:

1. Pick a single person past or present who works in the film industry you would like to have dinner with. And tell us why you chose this person.

2. Set the table for your dinner. What would you eat? Would it be in a home or at a restaurant? And what would you wear? Feel free to elaborate on the details.

3. List five thoughtful questions you would ask this person during dinner.

4. When all is said and done, select six bloggers to pass this Meme along to.

5. Link back to Lazy Eye Theatre, so people know the mastermind behind this Meme.


At this point in time I would have to say Paul Thomas Anderson. 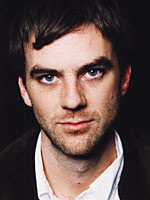 I don't know that there is as interesting and fresh and wholly visual moviemaker working today. While I didn't love There Will Be Blood 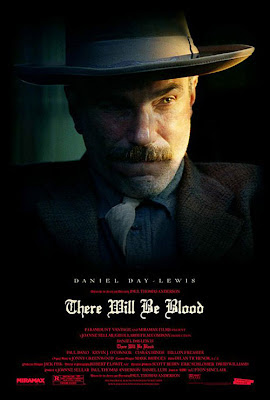 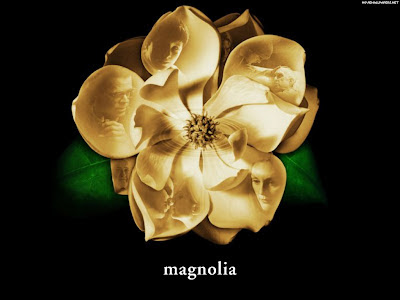 and would drop everything to catch a half hour of Boogie Nights even though I own it and could see it whenever I want. (Hard Eight we will leave out for the moment).
I have seen Paul interviewed, watched documentaries about him and his style and I just think what a great dinner guest he would be.
It would be a difficult dinner, though. I don't know that many people that are as enamored of his work as I am and I am not the best at hosting. I find holding my end of a dinner conversation to be tedious at times and appreciate some other voices and minds to pick up my slack.
So, in this perfect dinner with Paul T. Anderson I invite just a handful of people that I think would make the conversation interesting and they know who they are.
I would cook. I would like to have him over. Have a cigar on my porch. He would enjoy my dog, I think. And I would make something simple but tasty. I would open with a thick and hearty vegetable soup. One that is almost a meal unto itself. And we would have cheese from the Vella cheese factory in Sonoma flown in. Perhaps some wheat crackers and Fig Compote. I have a splendid recipe for Mojito Chicken with a mint glaze, and I am a master at mashed potatoes of late. Buttery and creamy but not too fattening, with whole roasted garlic pieces. The side dish would be roasted asparagus wrapped in bacon with freshly grated parmesan cheese. Dessert would be home made 5k bars, my take on a canadian dessert called Nanaimo Bars. (Look em up). With coffee. Dinner would be served with an inexpensive but fantastic vintage 2003 Cabernet that we picked up in wine country.
Comfort is key. After all, this is PT Anderson. Known smoker. I imagine the house would be filled with tobacco smoke. So, the clothes should be extremely comfortable.
I agree with Bemis. Five questions are ridiculous. I would not want to pick his brain about the movies he has made. I don't need to. I've seen them, they explain themselves. I would talk to him about music, he being a lover of Aimee Mann, Fiona Apple, jon Brion and, apparently, Radiohead. I would want to engage him in coversation about how music informs storytelling and the importance of song.
I would want to talk to him about the great films and filmmakers that have influenced him because it is obvious that there are many and from that there should be a wellspring of anecdotes, vitriol and conversation.
I think that would be enough to keep us up til all hours.

Six bloggers, eh? I don't know that there are six that read my blog. But here ya go.
Splotchy.
samuraifrog
Kamandi
Lee
Becca
Kristen

I can't say I'm the biggest PT Anderson fan but Boogie Nights is certainly a great film. The same thing happens to me too...if I watch any part of it I'm hooked til the end.

What an interesting meme! Thanks for the tag.

Second to Kael? That's a tall order, and one I'll do my best to live up to - many thanks. Glad to know there's another unapologetic Magnolia fan out there.

I'll have this done tomorrow. It will be the birthday of the person I am picking.

Becca: it's a good feeling when a movie makes you do that, huh?

Bemis: Yeah. I gave that statement a lot of thought but I can't think of anyone that fancies themselves a "critic" that goes into such insight and reflection, has so much passion, and connects the dots as well as you. Maybe there is someone out there but you aren't a critic. You are a movie essayist. You should be working at the Voice or the Weekly or something.

Splotchy: I was hoping you would do your entire evening as a doodle. ;)